A PICTURE OF BLIZZY WITH A SNOWGLOBE

BLIZZY INSISTED WE POST THIS AGAIN FOR THOSE OF YOU WHO MISSED IT
Posted by Dorothea Jensen at 11:14:00 AM No comments:

SANTA KEEPS A "WEATHER EYE" ON, WELL, THE WEATHER

Santa has been as excited as we Izzies are about the wintry weather that has been hitting the Northern Hemisphere.  (It's not only you people out there who dream about a White Christmas.)

He figures that there's nothing like few beautiful snowflakes to put everyone in a holiday mood.  Even he must admit, though, that Mother Nature has been sending a bit more than a few flakes to some places.

Such blizzards make it difficult for all of us, too!  Even the Virtual Reins have a hard time getting Santa where he has to go in a Complete White Out.

And although there is nothing we Izzies enjoy as much as a snowball fight, we know there can be Too Much of a Good Thing.

So we'd like all of you who have been digging out of snowdrifts lately to know that all of us at the North Pole know what you are going through. Even Santa.

Meanwhile Blizzy said she hopes this Snow Overdose doesn't put children off her snowglobes. We tell her "don't be a worrywart"! The snowflakes in her globes are much warmer on the fingers than the real stuff, after all.

ALL OUR AUDIOBOOKS HAVE BEEN UPDATED AT AUDIBLE.COM, AMAZON.COM, & ITUNES!

Now they all have beautiful Christmas tunes by the Wise Women (Louisa, Ruth, Lucy, and Rowena Wise)! 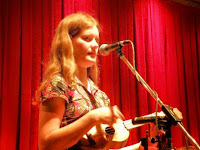 You can follow the links to the right to find the audiobooks on Amazon, or go straight to Audible.com.

Here are the Audible links:

(NOTE: you can listen to samples of all these at Audible.com. The music might not be on the sample you hear, but it is definitely on the audiobook itself.)

We have no idea how to use iTunes. (Not even Bizzy, who prides himself on his internet savvyness.) You are all on your own with that!

Don't forget to send an e-mail with Free Frizzy Audiobook in the subject line to enter our giveaway of a free download!

Also, as soon as Deedy (that's Dorothea Jensen to you) figures out how to do it, actual CDs of these audiobooks will be for sale on Amazon.com. 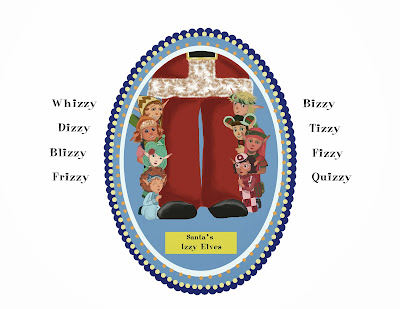 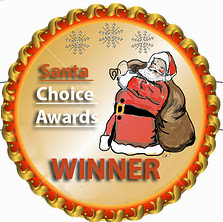 We Izzies are so very delighted to announce that Frizzy, the S.A.D. Elf  has been named a Santa Choice Award Winner!

The announcement said "the reviewers found your poetry entertaining, the story engaging and delightful!"

We are all so happy for Frizzy (and Deedy)! 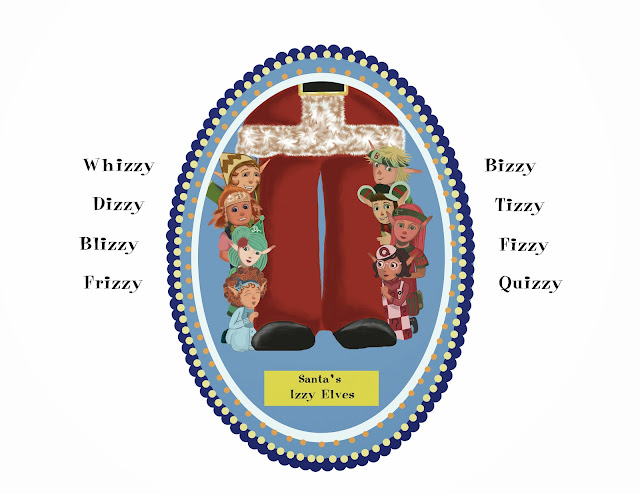 Hooray for Frizzy! (And thanks to MDBR)

We Izzies have had such fun reading all the reviews that have come in for Frizzy, the S.A.D. Elf at many websites via Motherdaughterbookreviews. (To read all the excerpts, click on the link at the top of the page.)

Most people LOVE the wonderful pictures by Shayne Hood, but a couple didn't like 'em much. (We didn't let Frizzy see those reviews in case they hurt her feelings. Girl Elves can be a little sensitive about these things. So can boy elves, for that matter.) Some people said only older kids would enjoy the story: others reported that their 3 year olds liked it a lot.

All we can say is "hmmmm, very interesting".

Anyway we are all very grateful to everyone who shared their thoughts on Frizzy's story. And we are especially grateful to Renee at motherdaughterbookreview for introducing Frizzy to the blogosphere! 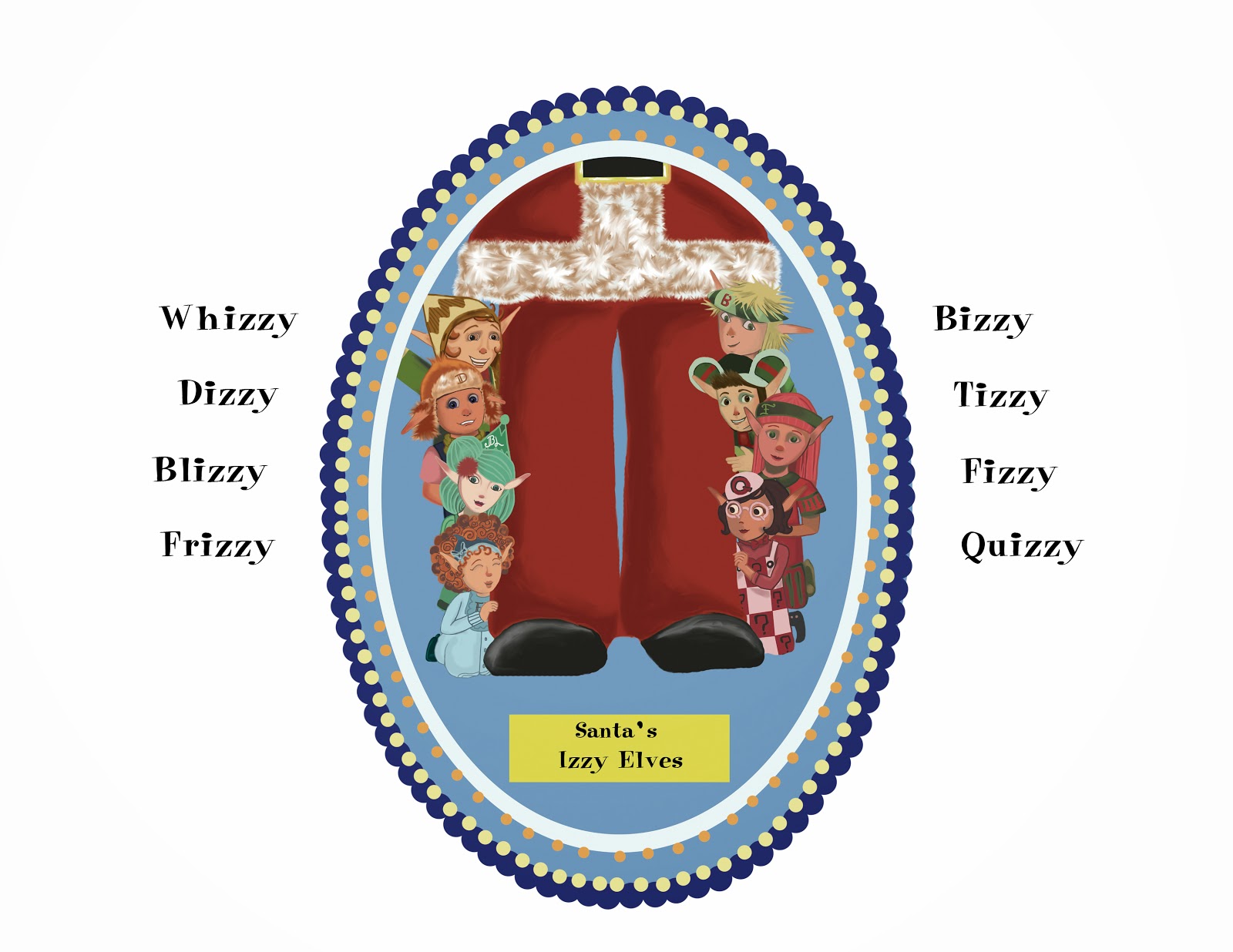