Come hear Deedy speak about Lafayette's Farewell Tour! (It's an Elf-Free Event, however.) 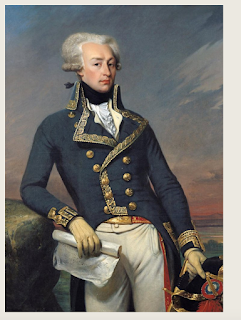 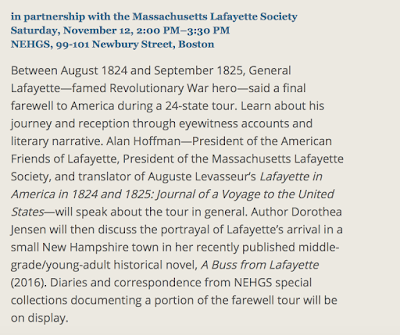 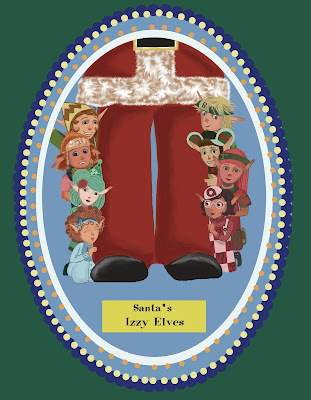 Another post from Deedy (Dorothea Jensen to you). At least she's mostly talking about us. For a change.
Love,
The Izzy Elves

Amazon is doing a special month-long salute featuring independent authors, and I would like to salute Amazon in return, for inspiring me to write again after a long "fallow" period.

Until I discovered CreateSpace, Kindle Direct Publishing, and ACX, my last published work had been The Riddle of Penncroft Farm, released by Harcourt, Brace, Jovanovich in 1989. Although it won a number of awards and great reviews (and has stayed in print ever since), I felt paralyzed at the thought of finding a publisher for anything else I wrote.

So I stopped writing. For more than twenty years.

Then my dad decided to write his memoirs, and I found out that he had paid some sleazy "agent" something like $20,000 to "shop" his book. Needless to say, no publisher was found. It was then that I found out that there were ways to self-publish that did not cost anything. That led me to CreateSpace and KDP. Once I learned that I could get my work into print without finding a traditional publisher willing to do it, I was off and running!

Since then, I have written four illustrated modern Christmas stories in verse (for kids 4 and up) about some very techy 21st century elves who work at the North Pole. Called the Santa's Izzy Elves series, all four  books have received honors of one sort or another.  I released these through CreateSpace (as paperbacks), Kindle Direct Publishing (as e-books) and ACX (as audio books).  I am also about to start releasing them in yet another guise - illustrated audio books - through the new Video Direct program on Amazon.


I plan to write four more of these, one for each of the remaining Izzy Elves, Bizzy,  Quizzy, Whizzy, and Fizzy.

In my next blog post, I'll tell you the story of how the cheeky little Izzy Elves wrote to Jeff Bezos, the head of Amazon, and got an immediate response!